Mike finished his chemo yesterday. The cumulative effects of four rounds beginning in early July are making him pretty uncomfortable, and the next couple weeks aren't going to be much fun for him.

PET scan scheduled for later this month, with a follow-up endoscopy in October. No surgery. He feels that, at his age, an esophagectomy would result in too many challenging lifestyle changes. He will have surveillance endoscopies for the remainder of his life, and we will hope that nothing new turns up.

That's unlikely, of course. Esophageal cancers frequently recur. But we will deal with that if and/or when it happens.

Can't sleep. I've been awake for an hour, anticipating Mike's first chemo treatment for his second bout with esophageal cancer.

The protocol is three days of chemo – day one is eight hours, days two and three are three hours – three weeks apart, four times. He'll be getting much more toxic drugs this time than he had two years ago. Then, we were surprised at how few side effects he experienced. He was tired, but not crushing fatigue. He was only nauseous following one chemotherapy treatment. Radiation didn't bother him at all.

He's not a candidate for radiation this time, as the two tumor sites are too close together. They don't want to radiate an area that's been previously treated.

So chemotherapy it is, and it's stronger because it's a different type of cancer cell. More aggressive. More likely to spread.

Adding another layer of stress to the situation was his accident Thursday evening. He's fine – one pretty bad laceration on his left arm was his only injury – but the truck is totaled and we're a one-car family. Hopefully we can find something for him soon, although I don't think he'll be driving anywhere on his own for a while.

I haven't written about the accident yet. He was coming home from a church vestry meeting. He rounded a curve and ran into a large tree which had fallen across the road. We've had a lot of rain lately, and trees randomly fall all over the mountains here. Sometimes they only knock out power lines. This one did that and almost killed my husband.

The emergency responders all agreed he was lucky to be alive. Had he driven by a few seconds earlier, the tree would have fallen on him as he was driving. As it was, he could barely exit the vehicle. The roof of the cab was caved in, as well as the hood, and the windshield was shattered.

It happened at about 9:30 pm. We didn't get home from the Emergency Room until 2 am. It's all still kind of surreal.

This stress eater has been hanging on with WW tracking by a thread. But I'm drowning in emotions. And numbing myself with phone games and ice cream.

Monday is my reset day for points … my plan is to get Mike settled in the chemo chair with his books, mp3 player, and snacks, and then head to a nearby café for lunch and to work on re-typing my aunt's family history book. My best estimate for points for a fried green tomato sandwich would be 16. Perfectly doable with a zero-point breakfast and my planned dinner of chicken noodle soup and mixed melon salad.

Need to stay away from the ice cream tonight.

Am I back on track? Maybe I am.

I woke up really early – around 2 am – and couldn't get back to sleep. So I got up, worked on a computer project for a while, had breakfast and coffee, and went back to bed at 4. I slept until 7 am.

After 45 minutes or so, I started rummaging around in the kitchen. I had a bowl of fresh fruit salad, and was satisfied. Fifteen minutes later I went back looking for something else and realized:

b. I wanted to be hungry for lunch, because food always tastes better when you're hungry. And

c. I'm meeting friends for lunch, one of whom is lifetime on WW. Just knowing she'll be there is helping me stay on track.

Stress is my constant companion, as I anticipate caring for my husband while he goes through chemotherapy. And an esophagectomy. We've been through the chemo once before, and it wasn't awful, but he's getting different drugs this time. Stronger, more toxic drugs, that will cause permanent damage.

Not knowing what's going to happen is the current stress. I'm really working on staying in the present moment. But it's hard, y'all!

the more confusing they get.

Not that squamous cell cancer isn't scary, but the chemo to treat it is different and much less toxic.

We now don't know if they are two different tumors. The first was described as very small (but not measured), while the second measured 3 cm.

A scheduled visit to the oncologist, who consulted with the thoracic surgeon while we were at the clinic, concluded that pathology doesn't lie, and in order to be safe, they're recommending (and we're going with) scary cancer chemo treatment.

Followed by surgery to remove the esophagus. Which sounds even scarier.

Thank GOODNESS we have a couple months of chemo to contemplate having surgery to remove a vital piece of internal anatomy.

I can't keep doing WW during this. It's a daily surrender to my emotions and it just won't work. I'll do what I can to stay active and healthy, but tracking has been out the window and as much as I want to stick with it and succeed, I feel like it's an impossibility. My goal will be to not gain any more (I gained 25 during his last cancer experience two years ago, and have lost 10 of that … in two years).

Heading over to WW coach now to ask for an extension of my membership plan.

My husband and I have been in Morgantown since Monday. It's been sunny and very hot, but we managed to explore Coopers Rock on Tuesday, preceded by a great visit and lunch with some friends.
Yesterday he had a procedure – an endoscopic ultrasound – by a young gastroenterologist and the doctor was able to locate AND REMOVE the tumor in my husband's esophagus. We didn't know it could be removed during this visit. We didn't even know if it could be removed.
So yesterday was a really good day. He's in some pain, of course, and still needs to decide if he's going to go through chemotherapy this summer. He's leaning toward doing it. It's not likely the snare technique of removing the tumor got every last cancer cell out of his esophagus.
We've eaten pretty much off the charts while we've been here. His weight is normal and stable. Mine is … not. But the added stress of trying to stay on plan just wasn't worth it to me.
We'll be back home this evening and tomorrow is a new day. He has an oncologist appointment in the morning. I hope to be back on track – and back to tracking – Saturday.
at July 01, 2021 No comments:

Trying to stay in the present

All I can think of is tomorrow. Tomorrow is Monday, and Mike and I will be traveling to Morgantown, to the medical complex, to begin a week of appointments and procedures that will largely determine our future.

It all starts with a Covid test. Ruby Memorial requires the test and it can't be more than 72 hours prior to whatever procedure the patient is scheduled for. Nor can it be a rapid test. Doesn't matter if you live 200 miles away. Doesn't matter if you've been vaccinated. I get that they're being safe and careful and all that, but it's not easy being sick during a plague.

So first things first. Covid test on Monday. Tuesday is a free day. Except it isn't exactly free since we're staying in a hotel and eating restaurant food. Wednesday is the endoscopic ultrasound, which will confirm the site and size of the lesion growing in his esophagus. More sensitive than the PET scan (which showed no metastasis nor a tumor, but we're going with the pathology report on the biopsy), the ultrasound will also help his doctors determine if some kind of surgical intervention should be done prior to the start of chemo.

Thursday is the surgeon's appointment, again at WVU, and we can return home following that. He has an oncologist's appointment on Friday in Beckley – only an hour away, instead of five.

Today. Get back to today. Stay in today. Next week will take care of itself. Today I need to clean, pack, do some laundry. We'll go to church this morning and maybe walk this afternoon. Or maybe not.

I made a commitment to my cousins to send them copies of a book our Aunt Minerva wrote – stories about her childhood as the oldest of five sisters. The last story in the book is the one in which my father is born. I was going to copy the pages, but I think I'll retype the whole thing – all 107 pages! – and soak all those stories in again.

I can begin typing today.

Remind me NEVER to assume any day will be normal. EVER AGAIN.

My blithe little post yesterday morning celebrating a somewhat normal day was definitely foreshadowing for what was to come. And what came was a day filled with frustration, big and little, mundane and dire.

If the United States of America's healthcare system worked like the rest of the world's industrialized countries, insurance companies wouldn't be practicing medicine. One Humana employee determined that the test my husband has to get next week, which had been scheduled by A NURSE at the direction of A DOCTOR (both highly trained and multi-degreed health care professionals), had to be rescheduled for two days later or they wouldn't pay for it.

Because of that one decision, two other doctor's appointments had to be rescheduled (one of them twice), and our hotel reservations had to be changed and an additional day added. And that's just on our end. We have no idea how that rescheduled procedure affected anyone else in the system. Did another patient get bumped from the list? Will the operating room staff be required to work overtime? The ripple effect is real, y'all.

All in all, we either took or made about 30 phone calls yesterday.

I thought all of it might be moot if my husband had a stroke while we were trying to get it all straightened out.

The dust has settled, but the frustration has not. America needs to implement a universal healthcare system. Period. We won't benefit personally, but our children might and our grandchildren will. And they deserve better than what we've dealt with for the past 24 hours.

Stress-induced overeating did not happen, thankfully.

But it could have. I have no idea what today's challenges will be. I just know there will be some. May I handle them with some semblance of grace.

Mike finished his chemo yesterday. The cumulative effects of four rounds beginning in early July are making him pretty uncomfortable, and t... 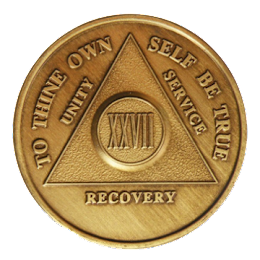